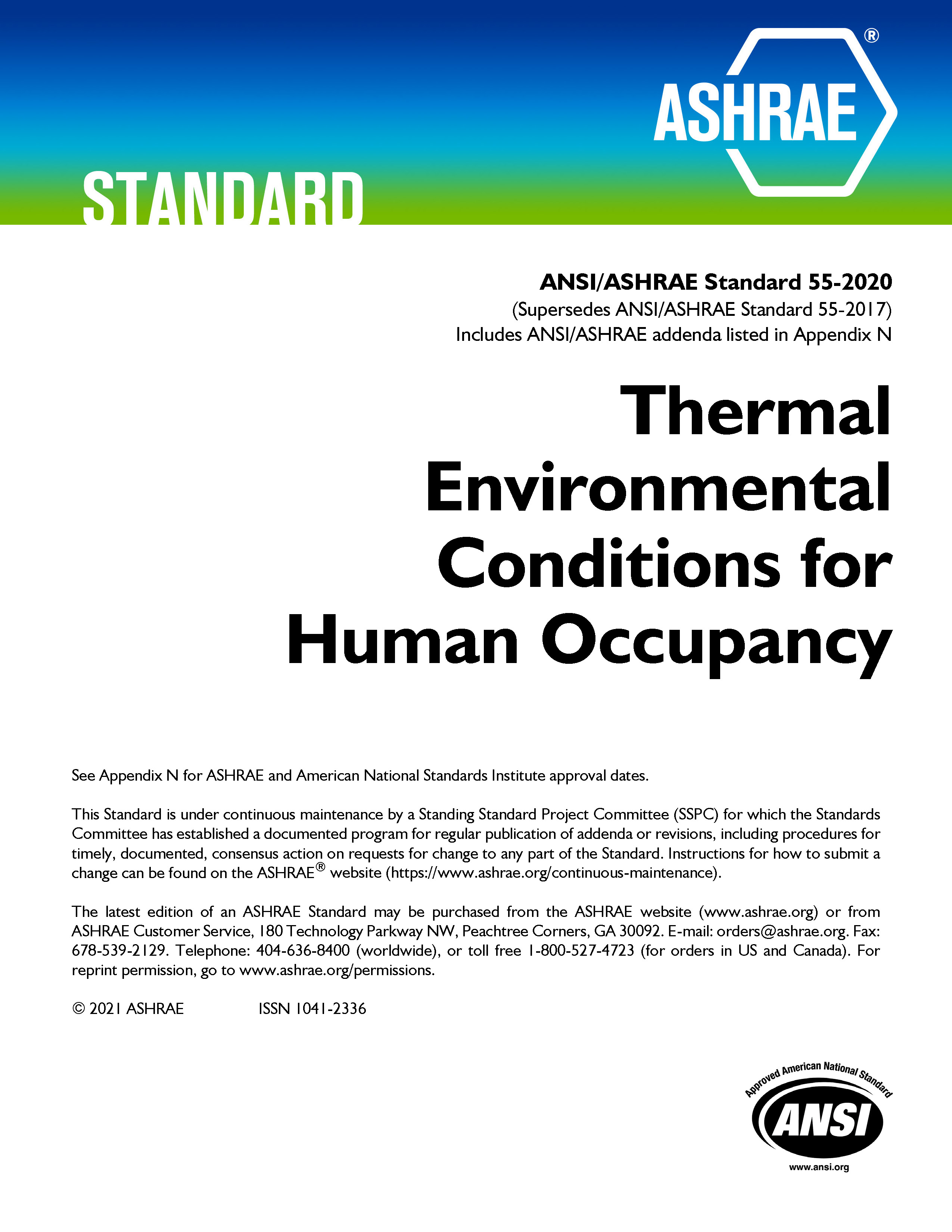 ASHRAE Standard 55 specifies conditions for acceptable thermalenvironments and is intended for use in design, operation, and commissioning ofbuildings and other occupied spaces.

The standard includes a separate adaptive model for determiningacceptable thermal conditions in occupant-controlled naturally conditioned spaces,with newly expanded applicability in this version. Users are now allowed to usethe adaptive model when an air-conditioning unit is installed but notoperating.

Other noteworthy additions to the standard include the additionof a new method for the avoidance of draft risk at the ankle region, as well asnew Thermal Environmental Control Classification Levels that document how muchcontrol an occupant has over their thermal environment. These levels were addedto Section 6 of the standard and are required elements of documentingcompliance with Standard 55.